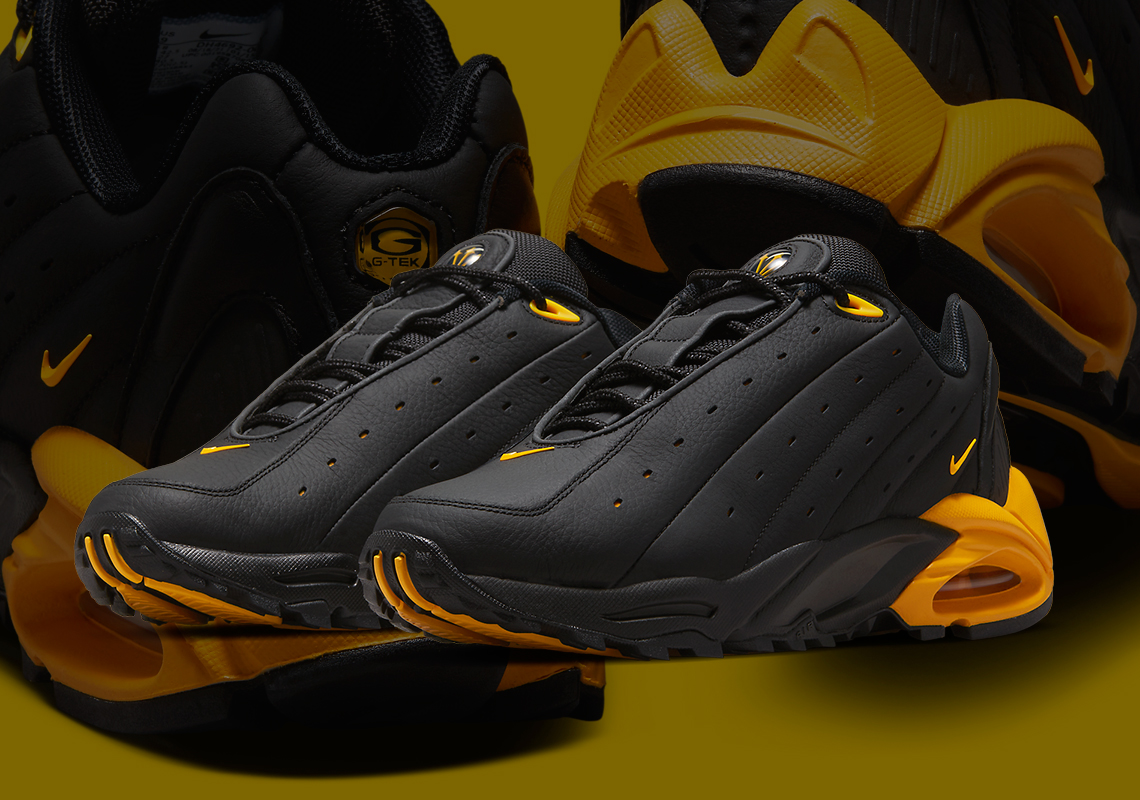 Whether or not you’re a fan of his recent Black Coffee-assisted album, there’s no denying Aubrey “Drake” Graham commanded a large chunk of attention on the internet last night with the announcement and release of his seventh studio album, “Honestly, Nevermind.” The Canadian megsastar is ostensibly trying to do the same in the realm of sneakers, as official images of his NOCTA x Nike Hot Step Air Terra in a “Black/University Gold” has surfaced.

A slight update from one of the model’s two debut styles, the upcoming Drake x Nike collaboration couples smooth “Black” leather and rugged sole units with rich yellow contrast across branding, underlays and detailing underfoot. The shoe follows the color palette of the 35-year-old artist’s original NOCTA apparel collection, which draws inspiration from street-style historically associated with “roadmen” in London. NOCTA logos at the top of the tongue deliver a trifecta of “University Gold” flair, as do components adjacent to the tongue and the inner-lining. Yet, the biggest attention-grabber is the component housing the and the visible Air unit underfoot. 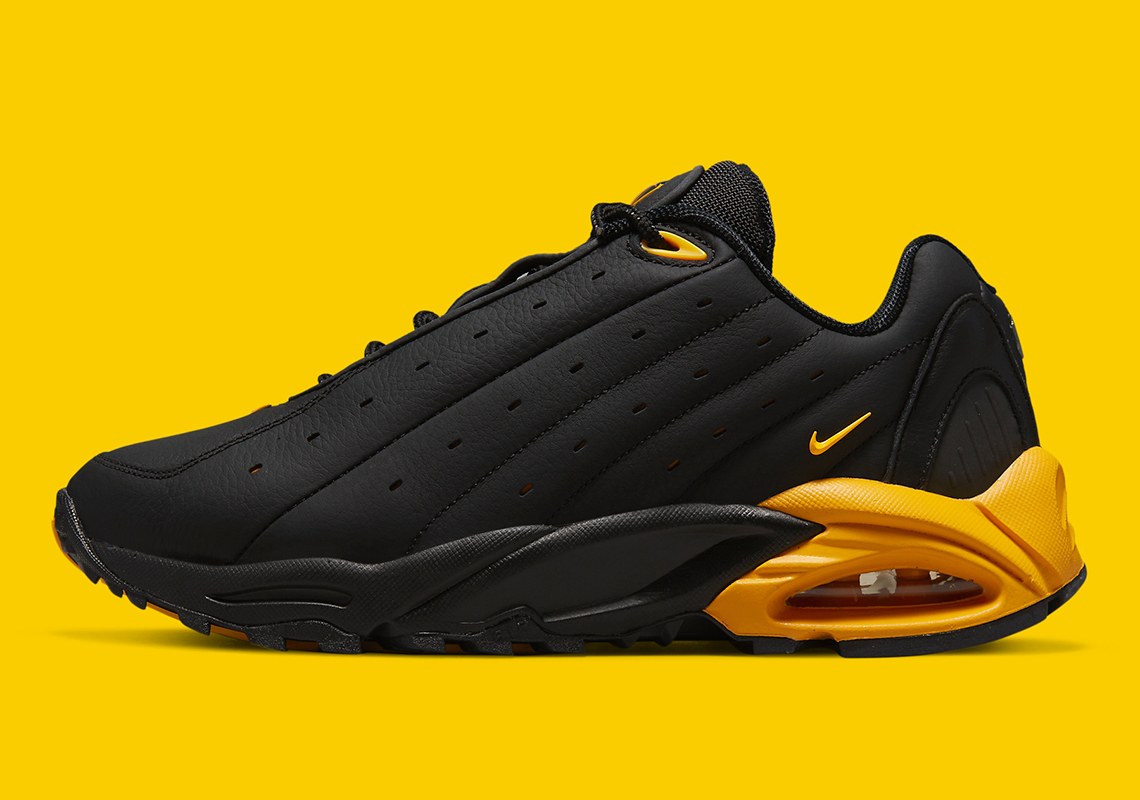 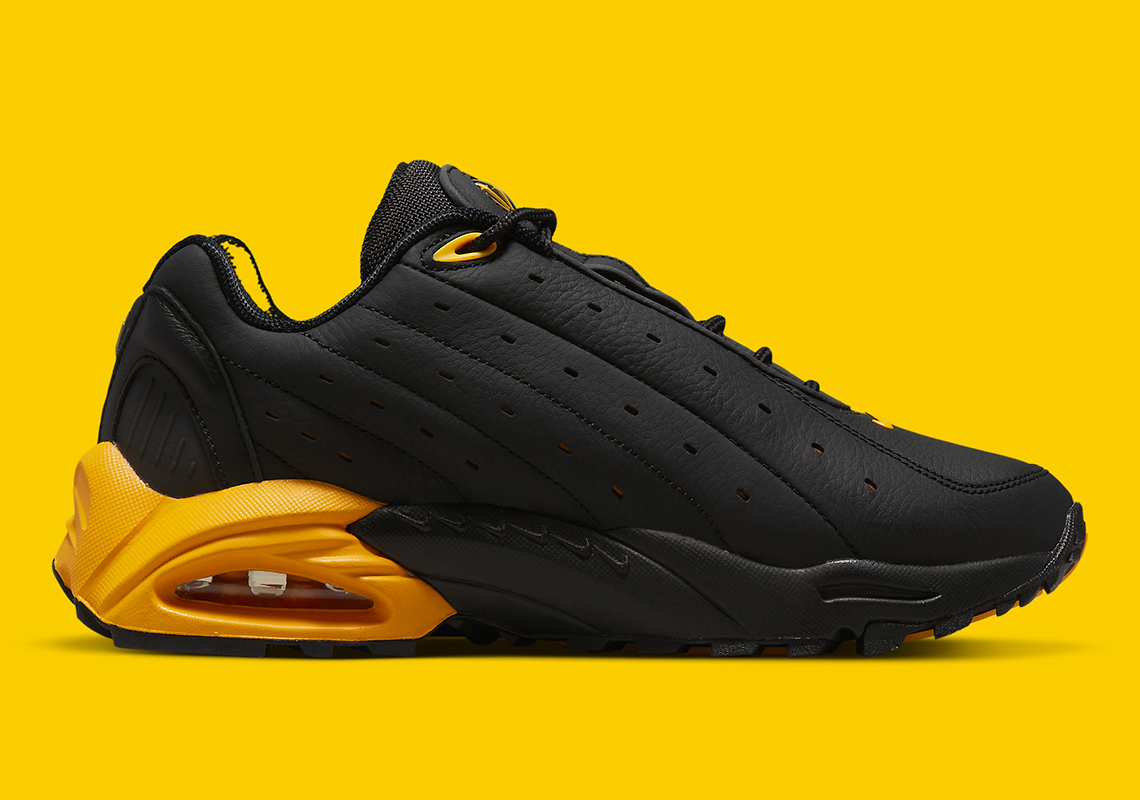 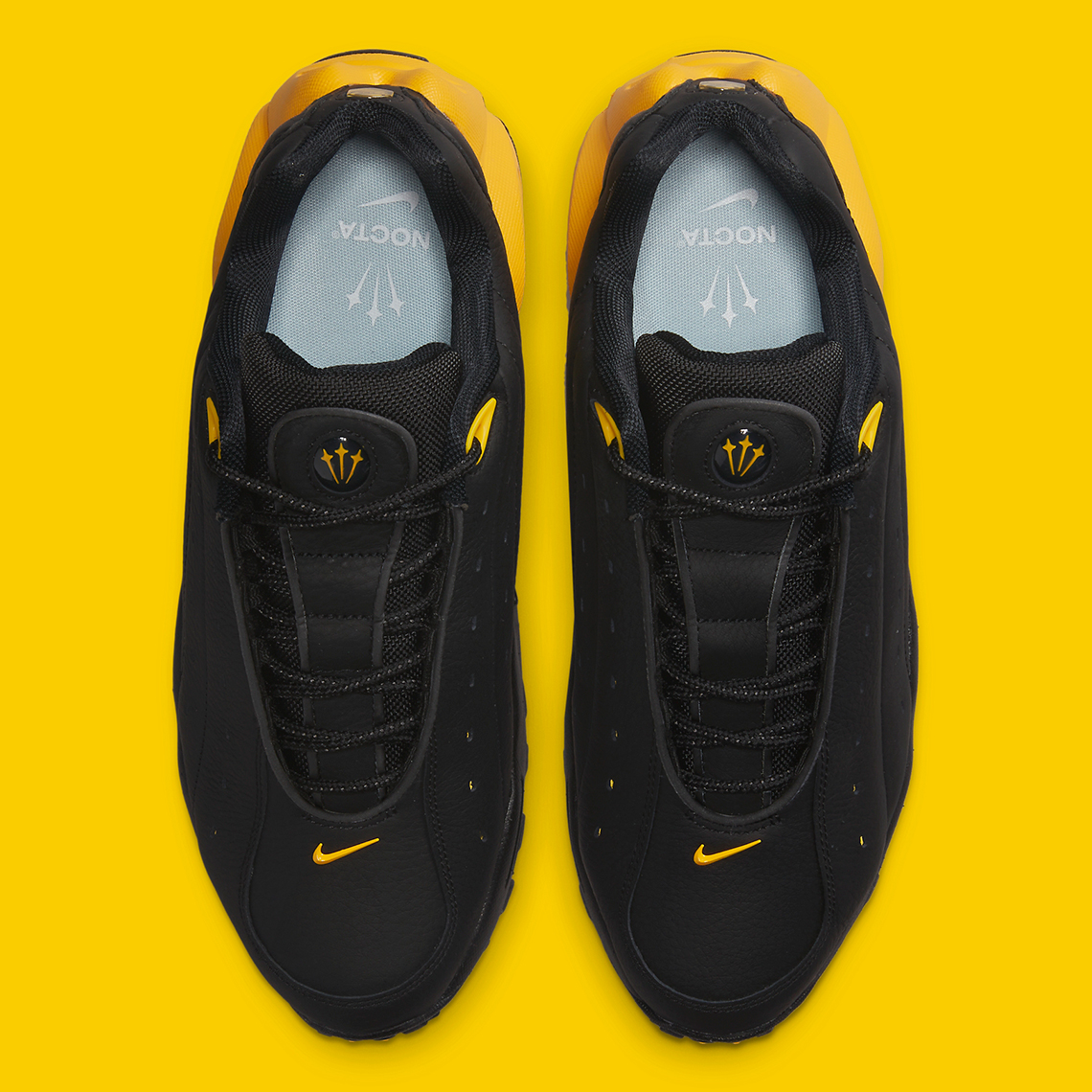 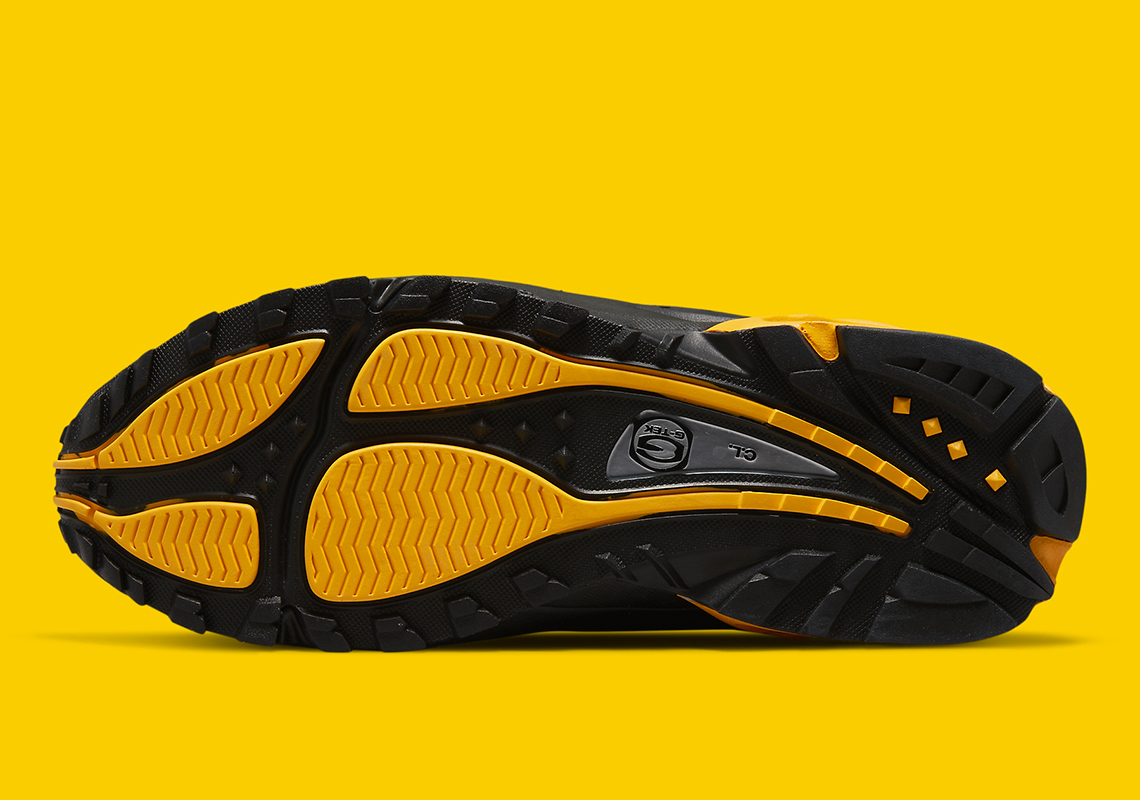 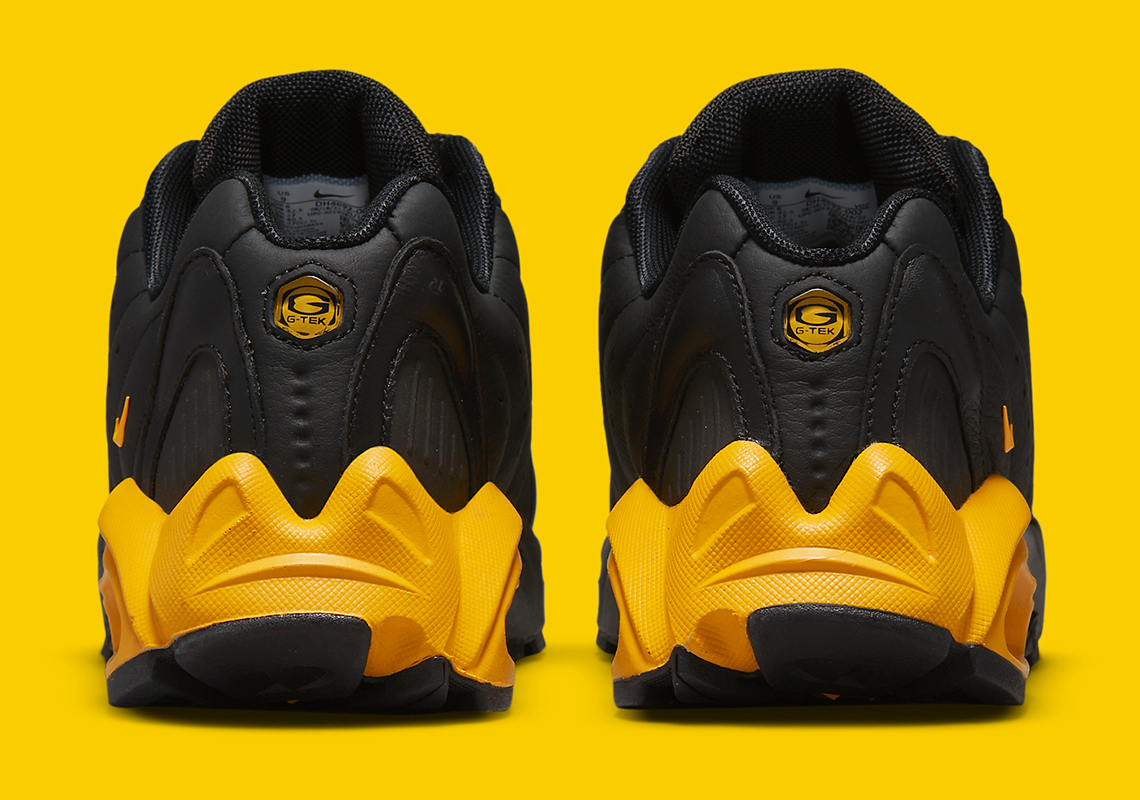 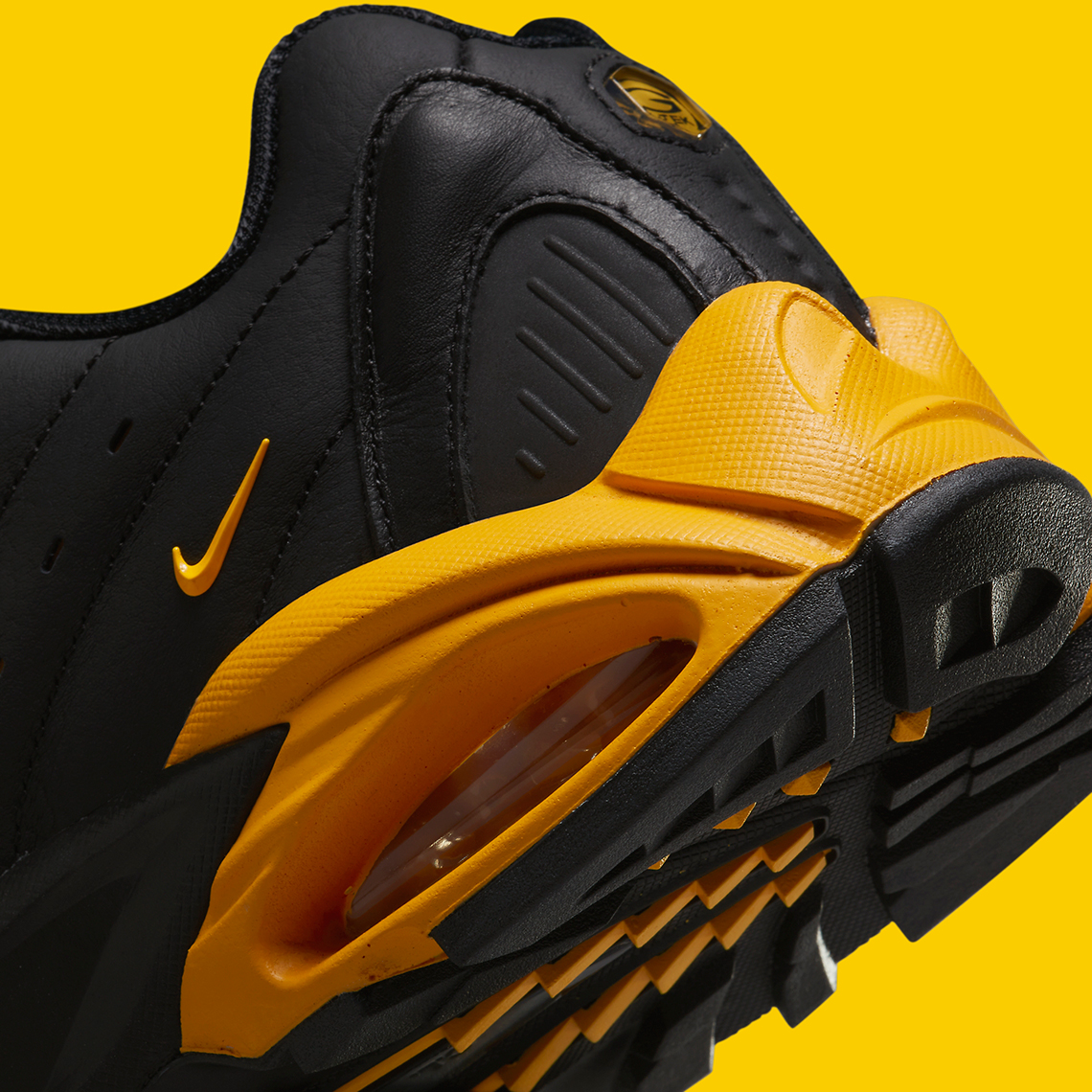